Warning: Use of undefined constant core_mods - assumed 'core_mods' (this will throw an Error in a future version of PHP) in /home/bestnort/public_html/wp-content/themes/bestnorthshore/functions.php on line 14

Small-town life (and death) along the North Shore

The Land of Dreams
By Vidar Sundstøl, translated from the Norwegian by Tina Nunnally
University of Minnesota Press Oct. 2013

It’s not a stretch to imagine Minnesota’s North Shore as a perfect setting for a mystery novel, but Norwegian writer Vidar Sundstøl takes the genre to a deeper level in The Land of Dreams, the first book in his Minnesota Trilogy.

The Land of Dreams swiftly pulls the reader into the power of dreams and memory, much like the rushing waters of the Cross River—a location which will play a key role in the mystery. The story opens with Lance Hansen, a U.S. Forest Service officer, going about an ordinary morning as he works his beat during the height of the tourist season. While investigating a report of illegal camping at Baraga’s Cross, he comes upon two naked men: one in shock (and speaking Norwegian), the other a victim of a violent murder. 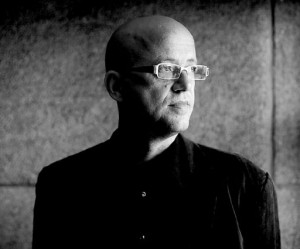 Sundstøl, who lived for two years on the North Shore, takes a deep dive into the psychology of his characters who have been shaped by their harsh environment. His observations can be humorous, such as the excitement generated by the appearance of Eric Nyland, a wry Norwegian homicide detective brought in by the FBI to help with the investigation. It’s not Nyland’s role with a heinous murder that fascinates the residents of the small towns along the North Shore; it’s the fact of his being Norwegian. Connections to Scandinavian culture, he discover, are alive and well in this corner of Minnesota.

Descriptions of locations along Lake Superior resonate with meaning, such as this passage about the shoreline near Bluefin Bay Resort: “A few yards from the modern-looking building, with its angles and glass facades, were the remains of an old wharf sticking up out of the water. Only the five stone pilings were left. In their partially collapsed state, they looked like the vertebrae of a broken spine, as if just below the surface there might be the skeleton of some huge ancient monster.”

As the story unfolds, we come to know Officer Hansen intimately, a divorced man who has become numb to life, unable to dream. The “dreams” of the title haunt the novel throughout, as do images of the cold, dark waters of Lake Superior. There’s a sense of dangerous secrets, lurking just beneath the surface. After Hansen finds the body of the murdered Norwegian and begins to poke around in people’s lives, his equilibrium is disturbed and submerged thoughts begin to rise.

“For him, sleep was merely a nothingness that repeated itself every night. Always the same deep, dreamless sleep. And now it came washing over him. His thoughts were a shore where something had been written in the sand, but now the words were erased by waves.”

The investigation dredges up a century-old unsolved murder of an Ojibwe man, also at Baraga’s Cross. Sundstøl deftly weaves together history, legend and present-day events, leaving the reader with questions that lay the groundwork for his next installment in the series.

The Land of Dreams is a hybrid of the wildly popular Scandinavian noir genre with a disturbing crime to kick off the action, but through vivid characters, setting and imagery, it can also be savored as a literary novel. It’s surprising to learn that, since 2008, readers in seven languages have been avidly following a mystery series set in northeastern Minnesota with scenes at the Great Lakes Aquarium in Duluth, Sven and Ole’s in Grand Marais, and the Whispering Pines Motel in Finland. The book has been so popular that was even voted one of the top 25 Norwegian crime novels by Norway’s magazine, Dagbladet. More chills are in store as the second book in the trilogy, Only the Dead, also translated by Tina Nunnally, will be published by the University of Minnesota Press, October 2014.

Especially for readers who live along the North Shore or enjoy visiting it, The Land of Dreams is a well-researched, thoughtful and sharp-eyed observation of a place by an author who clearly fell in love with the region. In Sundstøl’s hands, the history and the landscape of the North Shore are as powerful as dreams, unexpected and sometimes disturbing.


Warning: Use of undefined constant BASE_URL - assumed 'BASE_URL' (this will throw an Error in a future version of PHP) in /home/bestnort/public_html/wp-content/themes/bestnorthshore/single-new.php on line 65